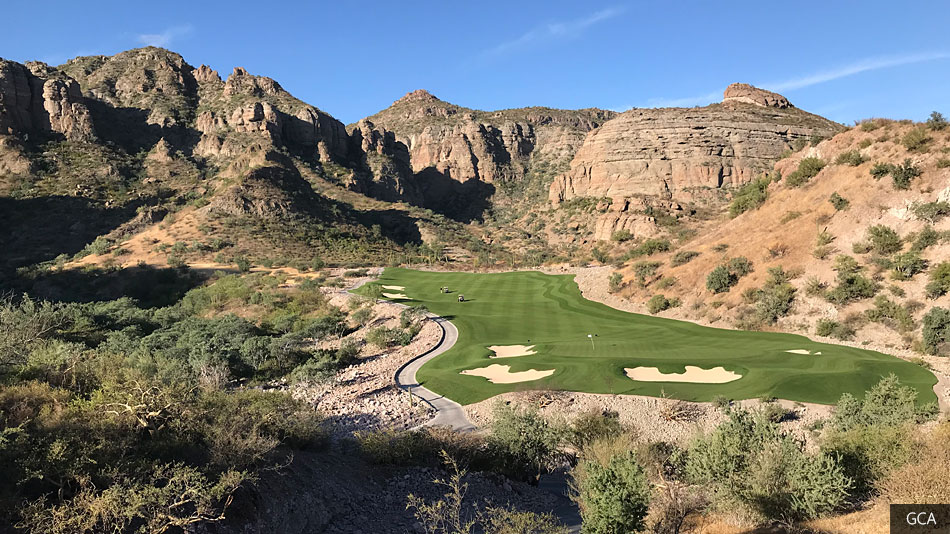 “Seven more holes – the stretch from the par five second to the par four eighth – occupying a spectacular canyon area of the site have now also opened for play, to complete the full eighteen. The canyon holes include some of the course’s highlights, such as the heroic par three third that plays across a chasm to a green on a ledge in front of a rock face and the steeply downhill par four fourth which may be driveable for longer hitters.” – Taken from Golf Couse Architecture, December 2017.